Compressor systems can produce a lot of heat, which can contribute significantly to operational expenses through energy inefficacy. Designing compressor rooms to allow heat to escape or be adopted for other uses is key to managing the large quantities of heat.

An air compressor system can produce a massive amount of heat in its operations, which consists of much of their energy expenditure—around 85 to 94 per cent of energy used in the process is turned into heat. Left to itself, this heat volume can become problematic for the facility in terms of maintenance. A machine that constantly overheats will consume more energy in its operation and may eventually get damaged.

In addition, the heat produced by the compressor, if left unutilized, represents a massive expenditure of wasted energy. Mounting operational costs represent one of the biggest financial challenges faced by many industrial facilities, and energy expenditures continue to be the biggest proportion of these expenses. With energy costs projected to grow over time, the need to apply more energy efficient solutions has become more pressing.

A Fluke of Planning

One of the ways that compressors can be chronically overheated is due to poor structural ventilation planning. Too often, a compressor is built into a facility as an afterthought. In some cases, compressors are placed too near boilers or in rooms that are less than optimal for adequate heat transfer and ventilation, without sufficient access to ventilation ducts or exterior windows.

Poor design also contributes to the inefficient management of heat. Structures such as inlets, for instance, are often too small to allow ample air flow into the structure. Exhaust vents are usually located too close to the intakes, which leads to warm air being sucked back into the room.

In addition, many issues with overheating the compressor systems can be avoided outright in the planning stage, by accommodating the compressors in a well-ventilated room dedicated specifically for them. Retroactively, systems can be put in place to channel heat away from the room where it can dissipate. Moving the ventilation ducts away from an expanded intake can minimize heat retention. 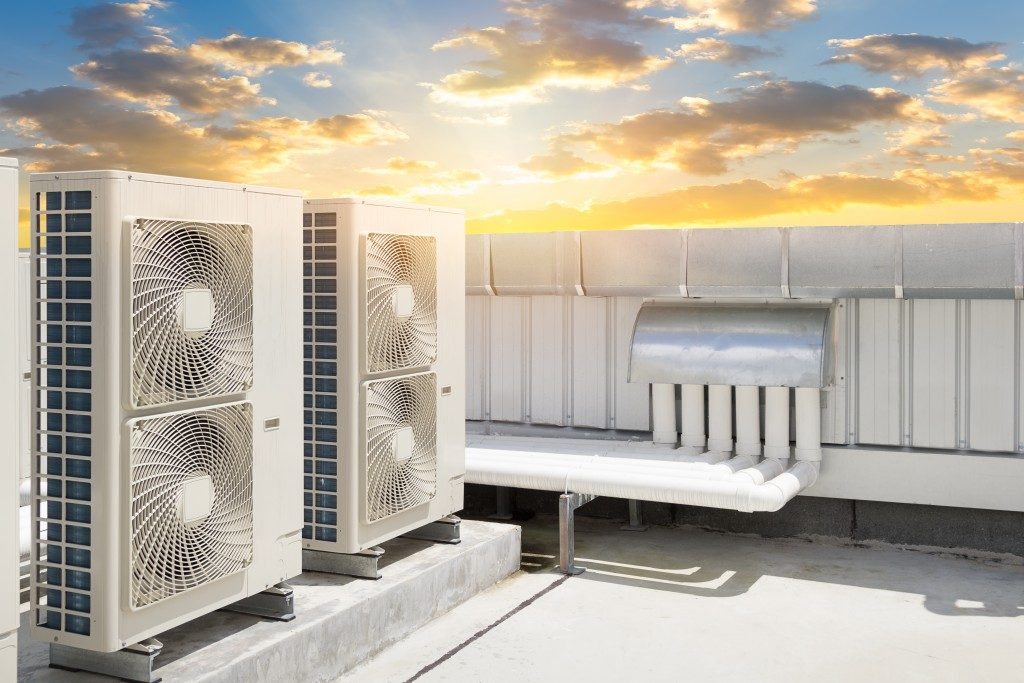 Left to itself, most of the heat generated by the compressor would simply be radiated away from the system—which corresponds to a massive inefficiency in power consumption. This does not need to be the case. Incorporating an efficient heat-catchment system would allow the heat of the compressor to be diverted to other purposes.

Some of the purposes of the excess heat generated by the compressor include heating water for use throughout the facility. In more temperate areas, especially winter, this repurposed heat can also be used to keep the facilities warm without expending too much energy on heating.

Installing a heat recovery unit alongside the main compressor is the crucial first stem of this heat catchment system. The right type of heat recovery system is dependent on the current working configuration of a facility’s compressor system. Investing in a catchment system pays off significantly; the savings seen can be felt almost instantly. Over time, this would translate to a phenomenal amount of savings in energy expenses, cutting back on the operational costs of the facility.